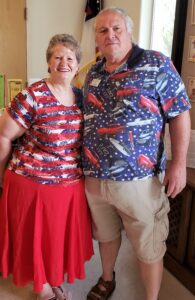 Pastor Wendy and her husband Bob come to us from Prescott Valley, AZ. Pastor Wendy served seven years as the pastor of Prescott Valley UMC. Prior to that, they served at Pioneer United Fellowship near Anthem, AZ, for 2 1/2 years and started their ministry at Buckeye Community UMC in Buckeye, AZ, where they served as pulpit supply for seven months.

Pastor Wendy comes to us as a second career pastor. She spent most of her working career in personnel and payroll positions for the City of Phoenix. she finished up her career with the city as the property manager of Deer Valley Airport. She left the City of Phoenix taking deferred retirement in 2012 to become a full-time pastor. She enjoys crocheting, reading, learning to quilt, camping, fishing, and spending time with her grandchildren. Pastor Wendy is originally from Central New York State moving to Arizona in 1981 where she and Bob got married and raised their two girls.

Bob comes from a mechanical background, working 25 years for the City of Phoenix as an auto technician specialist. He retired from the city in December of 2013. He enjoys fishing, hunting, camping, and spending time with his grandchildren. He is an all-around-fix-it guy learning all different trades from his grandfather as a young boy. He hails originally from Ohio but has been in Arizona since he was 8 years old.

Pastor Wendy and Bob have been married for 38 years and look forward to serving both the congregation of Mesquite UMC and the community of Mesquite and sharing the love of Jesus Christ with all that they meet on this wonderful journey.

Sunday Services are held at 10 a.m.

Communion – First Sunday of every month 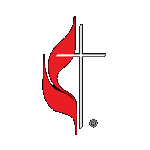